Before starting a job this fall, Spring 2016 Geography and Theater graduate Luke Steffen spent his summer working at the Philmont Scout Ranch in New Mexico. 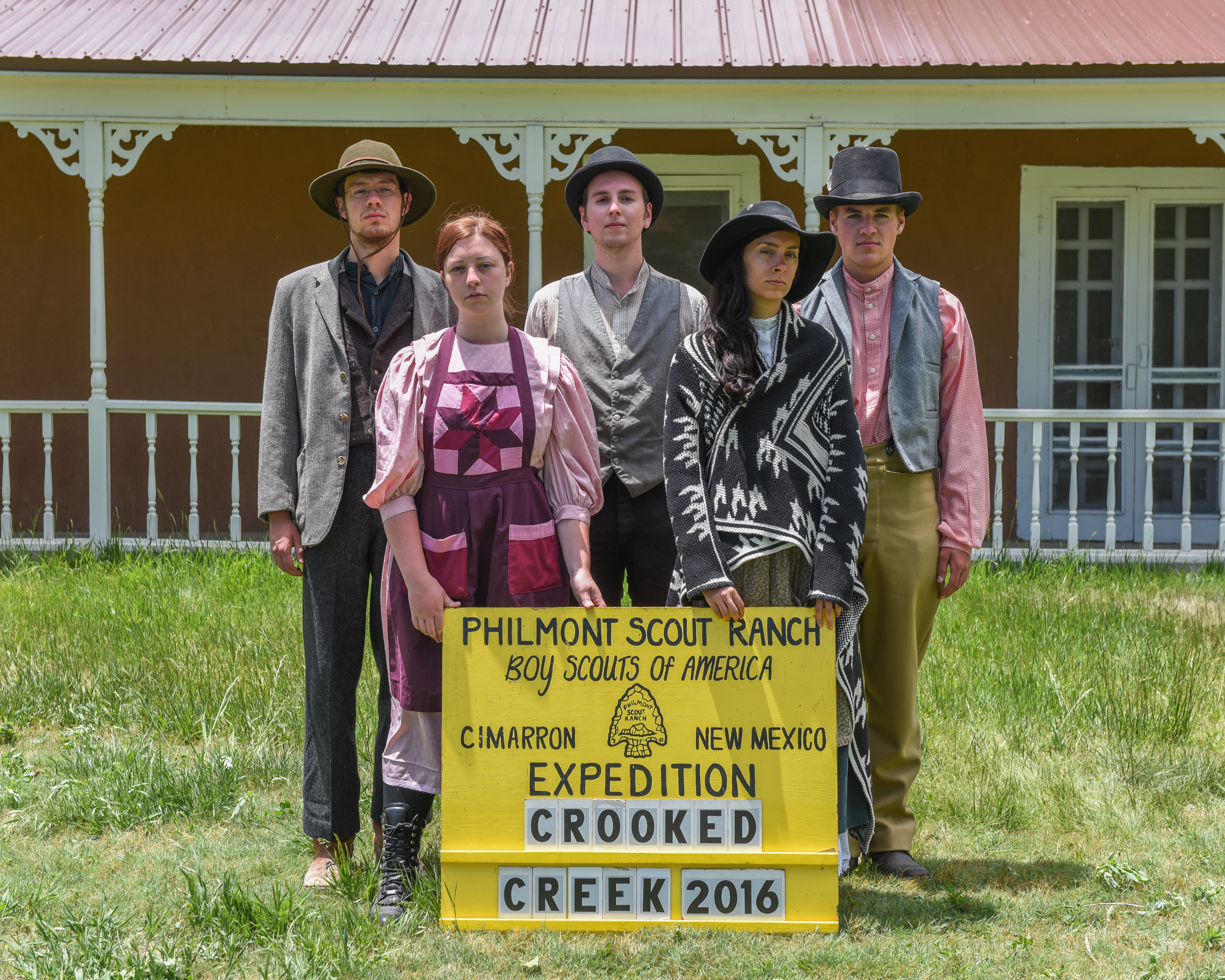 Before starting a job this fall, Spring 2016 Geography and Theater graduate Luke Steffen spent his summer working at the Philmont Scout Ranch in New Mexico.
The Philmont Scout Ranch is the largest High Adventure Scout Camp in the United States of America, encompassing 214 square miles, with programs in neighboring ranches, wilderness areas, and national parks. It is located north of Cimarron, NM, near Taos, an area that encompasses cool mountain forests, desert, and prairie. It was started by Waite Phillips, a wealthy oil executive from Oklahoma who owned ranches out west. In 1938, he donated his property in New Mexico to the Boy Scouts of America, along with an office building in Oklahoma so that the Boy Scouts could rent out office space in order to pay for the maintenance of the massive property. His only conditions of the deal were that at least part of Philmont would remain a fully functional free range cattle ranch, that any member of the Phillips family would be allowed to visit at any time, and that his favorite horse would be taken care of until his death.

Boy Scouts of America has kept its promises to Waite Phillips; cattle often roam in the valleys, meadows and prairies of the property and are cared for by an excellent team of wranglers. In addition to the ranch, there are many other programs at this massive camp. In Base Camp, there is the Seton Memorial Library and Boy Scout Museum, the Philmont Training Center, the ranch headquarters, and the Villa Philmonte, which was Waite Phillip’s old mansion. In the backcountry, there are camps that offer programs such as gun shooting, burro racing, old western folk crafts, rock climbing, meteorology, fishing, historical reenactment, and musical performances.

Some Camp sites are “interpretive,” meaning that they are set in a certain time in the history of the region and the staff are dressed in period clothing, portraying people from that particular time and place. For example, there is Miranda, a beaver trapping mountain man camp set in 1838 that features trap demonstrations and blackpowder rifle shooting, rich cabins, a real homestead settled by Austrian immigrants in the Edwardian era with livestock and farm chores. Cypher’s Mine is a 1912 gold mine that gives mine tours, forge demonstrations, and an evening show. Crater Lake is a logging camp set in 1915 where the campers get to climb wooden spar poles. Other sites are set in the present and focus on an activity like those described above. Scout troops on trek often hike through these backcountry camps and participate in the programs. The conservation department, meanwhile, goes back and forth between base camp and the backcountry, working to prevent pollution or overconsumption, suppress excessive erosion, control wildfires, and maintain trails. The conservation team includes roving work crews, environmental educators, two sustainability watch dogs (who keep track of Philmont’s garbology), invasive species specialists, and a GIS team. The ranch department also straddles both areas of Philmont because they care for the animals in base camp but lead the herds of beef cattle through various meadows in the backcountry.

This summer, I work as a program counselor at Crooked Creek, an interpretive camp set in 1875. We are a family of three brothers, two sisters, and a family friend from Johnson County, Tennessee. We came to the New Mexico Territory in 1869 after our father, a union sympathizer during the Civil War, was killed by confederate soldiers and our mother died of tuberculosis. My coworkers and I give tours of and maintain our period correct cabin, chop and buck wood would for our stove (we do not have propane), and take care of our cow and calf, two burros, two goats, rooster, two hens and seven adolescent Rhode Island Red chickens, all in period garb! We have a poop flinging contest in the evening, where we clean out the pens, followed by a porch show where we sing mid-19th century folk songs. Because there are no roads near by, we haul our supplies in on the backs of our burros! Poop and burrows! What a summer.
In short, I highly recommend applying to work at Philmont to anyone, whether you are currently involved in the BSA or not. It is great fun  for anyone who loves working in the outdoors and will be an excellent learning opportunity for anyone with an academic interest in history, archeology, geology, theatre, music, history, geography, botany, or zoology. Apply in fall 2016 for summer of 2017!
Philmont Employment: http://philmontscoutranch.org/Jobs.aspx