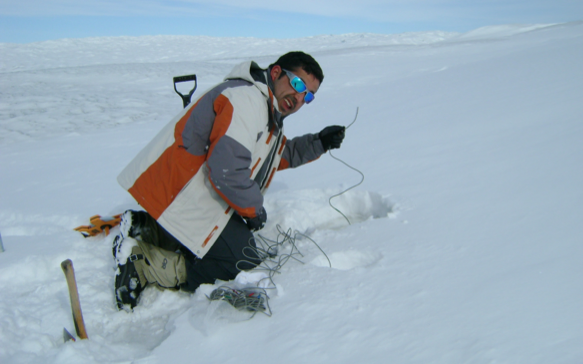 Over the past few decades, the acceleration of meltwater production along the periphery of the Greenland Ice Sheet (GrIS) is driving the observed increase in global sea level. During the summer months, surface meltwater is driven by air temperature above the melting point and solar radiation receipt at the surface – melting accumulated wintertime snow. The orographic nature of the GrIS has shown to significantly influence wind patterns at automated weather stations in the melt zone, near the fast-flowing Sermeq Kujalleq (formerly known as Jakobshavn Isbræ) Glacier. I have identified a particular set of synoptic conditions, known as piteraq events, that are surface winds that bring adiabatically-warmed air from the interior of the ice sheet. Piteraq winds, through compressional heating, warm the ablation (or melt) zone and thus enhance melt; beyond what would be done by solar radiation alone. Commonly mislabeled as katabatic winds, piteraq winds resemble the Föhn winds of the Alps, or Chinook winds of the Rockies. During the 2011 and 2012 summer months, a series of piteraq events in the Sermeq Kujalleq Ablation Region, or SKAR, lead surface temperature at nearby weather stations to be nearly 2°C higher than the 1980-2010 mean.